That is the amount of food that is wasted in America every year. Thrown out. Trashed. Dumped.

It’s so much food wasted, it could fill the Sears Tower (AKA Willis Tower, now) 44 times! 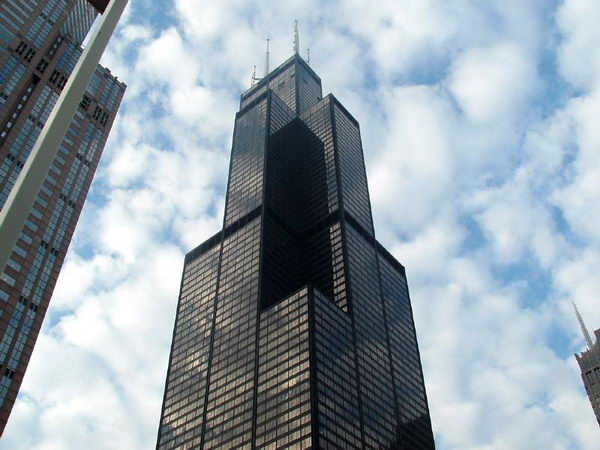 The problem is bad enough that the US Department of Agriculture has begun to take notice, and has set a new goal- to reduce 50% of food waste by 2030.

This NPR story about the food waste problem goes into more detail, but here are some not-so-fun facts about what we mindlessly throw away:

-Everyone is partly to blame. Individual consumers who let food go bad in their fridge while putting off eating their vegetables (I’m so guilty of this!), farmers and grocery stores that throw out perfectly edible food simply because it’s not “pretty enough”, and it’s no secret that restaurants throw out a great deal of waste.

-The USDA says “[food waste] is the single greatest contributor to municipal landfills”, and the decomposition process in landfills produces a massive amount of greenhouse gas (take note that this is a different process than in compost heaps… composting is a nature-healthy alternative!)

-Oil used to ship food is “70 times the amount of oil that we lost in the Deepwater Horizon disaster”  (Environmental impacts of shipping food is also another reason to be a locavore!)

Here is some more information on food waste, and what people are trying to do to solve the problem:

Everyone can do their part to start cutting down on food waste. If we all became a little more thoughtful about how we consume and what we throw away, together we could make some big changes.

To eating your veggies,